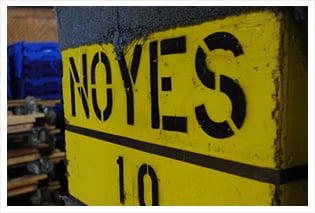 It all began over 85 years ago when Earle W. Noyes Sr. began hauling trunks in his used REO Speedwagon from Portland’s Union Station to homes and summer cottages in southern Maine.

He had just five dollars in working capitol.

By 1947, Earle’s company had grown to include his son, Lester. Lester’s son Peter joined the company in 1977 and became President in 1987. Peter’s son, William, joined the company in 2005. Over the years Noyes has grown to employ over 70 highly skilled employees, with an average of 18 years of moving and storage experience.